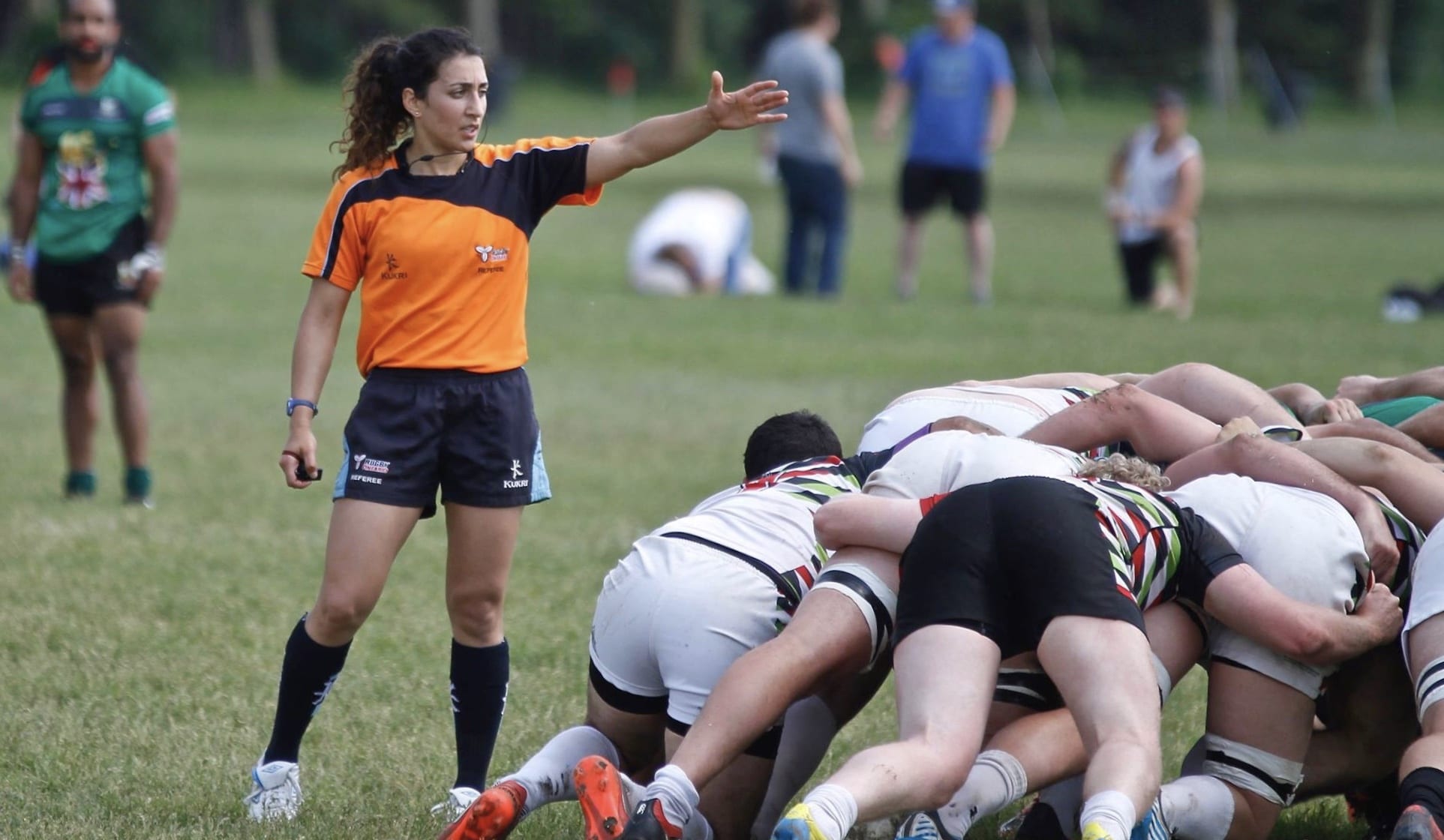 Everyone wants to belong. To have a group of friends who understands them, a community that they feel they contribute to and are a part of. Luckily, I was able to find community through my sport, rugby. My sense of belonging was developed through being an active participant in community events, getting out of my comfort zone to connect with people involved in rugby, while also experiencing the highs and lows, wins and losses, the good games and the bad, with others. Some vulnerability is necessary to truly integrate into an environment but that is where the magic is, and coincidentally, where the most personal growth happens. 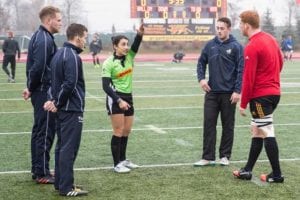 I hold a position in rugby that people do not often associate with fitting in – I am a referee. The first few months and years in this role were challenging because I had to make a name for myself by creating a rapport with players and coaches I had never seen or met before. It was somewhat isolating being a young female in a position of authority in a traditionally male dominated environment, and historically, referees are not known for being the popular kids in class. With perseverance, a positive attitude, owning up to mistakes and using humour when appropriate, a sense of respect was formed between myself and teams across the province and country. 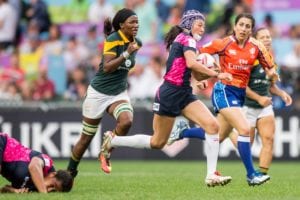 Many doors were opened for me because of my willingness to go outside of my comfort zone: I was invited to many pre-season camps to talk about bridging the gaps between match officials and players, and to discuss how to better understand the game. I was being requested for certain matches, teams began reaching out to me to attend events, and I was even asked by the provincial sport organization to become a Board Member.  As my own skills and accomplishments within the sport grew and I started refereeing on the international stage, I could feel the weight of the support I had from the broader Canadian rugby community. 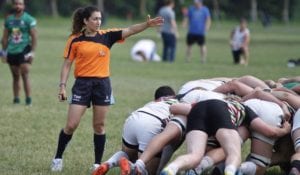 My place in the community has since shifted from local referee to being a role model for young referees, particularly young girls. My achievements in the sport allow me to have a platform with which to prove to others that no matter what position you hold in a community, your contributions are meaningful and make a difference. Sometimes you just have to be the first to take a leap of faith and take the first step.  I am grateful for my younger self trying something new because of the sense of belonging it created and the community that came with it.

Rose LaBreche–  A past rugby player, administrator, and coach who is now an international rugby referee.