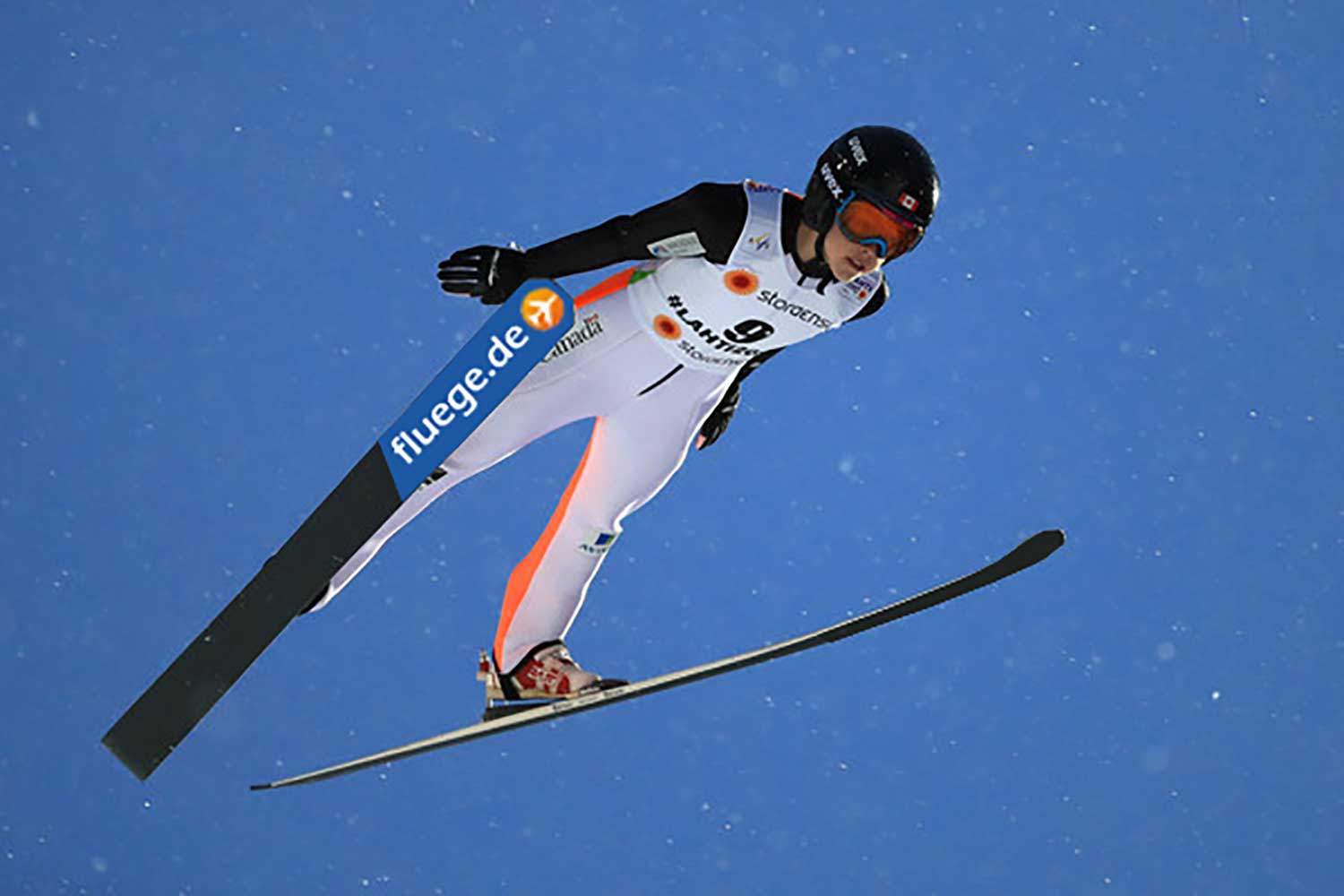 When I began Ski Jumping at the age of nine, there was no such thing as a “Women’s Ski Jumping” event in the Olympics. This fact didn’t deter me from the sport; instead, it motivated me to continue pushing myself and achieving my goals. I wanted to be a part of a movement: to prove that women can ski jump just as well as the men! The Sochi Winter Olympics in 2014 were the first Olympics to have Women’s Ski Jumping, and it was incredible to watch. I was seeing my childhood dream turn into a reality for those girls. It inspired me to train even harder, and aim for 2022. I really have the older generation of female ski jumpers to thank for this – role models I have looked up to for years. Since 2014, women have had the opportunity to compete in more events and on larger hills. When I competed in the 2017 FIS Nordic World Ski Championships I was also chosen to compete in the first ever mixed team event (two men, two women) on the normal hill. That experience was something I will never forget!

Despite these great steps forward in my sport, there’s still a lack of balance between men and women in Ski Jumping competitions. It’s a remarkable thing to see women from all different nations band together to raise awareness on these issues, and be a part of the movement myself. What is even more remarkable is seeing change happening because of our efforts! Being in a sport that is traditionally dominated by men can be frustrating at times, but it’s also pretty cool because the women who are involved now are making history. They are epic role models for younger girls who want to be ski jumpers themselves one day. The field in Women’s Ski Jumping has grown vastly over the years, and these awesome women are flying farther than ever before. It’s grasped the attention of news media, and these triumphs have proven that with better balance and gender equality comes a better world. My hope for the future of Women’s Ski Jumping is that we can reach the same amount of competitions that the men have, and earn the same winnings that they do. I’m optimistic that it will happen – the sky’s the limit for women in sport!