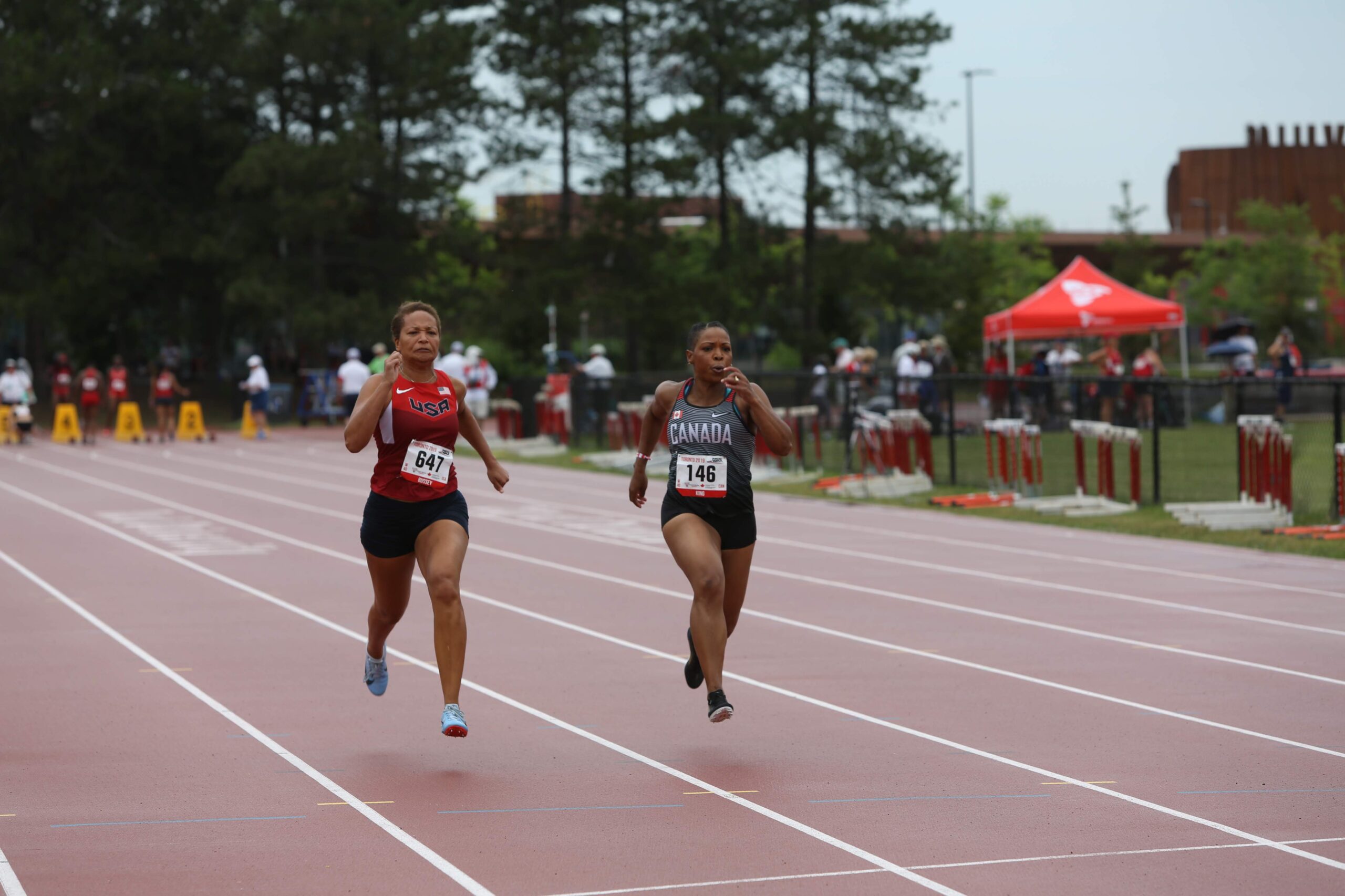 Right now there are a lot of opinions about women’s sports, people who would never have even deigned to watch women compete are giving their thoughts and voices as to what a woman is and which women should be allowed to compete. With more people than ever paying attention to women’s sports, it seems that every day there’s a new opinion on the bodies that get to compete on women’s teams. But when too many people think they have a say, it feels like too many hands in a cookie jar, hands that are unqualified to make the assessments that they are. One such topic that is being debated is the level of testosterone allowed to be in a woman’s body while they are competing: specifically Black women.

Black women naturally have higher levels of testosterone than normal.  Some findings say that this is thanks to their skin colour, as testosterone works synergistically with UV light, promoting melanin. In 2018 the World Athletics organization lowered their testosterone threshold to five nanomoles per litre, citing that most women’s levels are around 2 nanomoles per litre, and by doing this, they were levelling the playfield for fair competition. This implies that women with naturally high levels of testosterone are unfairly advantaged, which isn’t true. They admit women who have higher levels are not cheating, but this ruling implies otherwise.

Luckily this ban only applies for races from 400 metres to 1600 metres, allowing them to compete in shorter races. However, the runners that have been affected by this ban all run the longer sprints, in the 400 metres and the 800-metre races. Though it may seem straightforward, Track is a delicate sport. Where one might dominate in a longer race such as the 800m, they might not do as well in the shorter 200-metre race, and vice versa. This is because the races are run differently, in longer distances you have to conserve your strength for the final stretch, and in shorter races, it is easier to go all out throughout the entire run. In longer sprints, you need better control of your speed and stamina in longer races, and you have time to gradually gain speed. Forcing these women to do shorter races goes against their training and gives them a disadvantage over their opponents who have specifically trained for these races.

People like to use the phrase, natural-born athletes. Take Micheal Phelps for example; at 6’4” he has a large wingspan of 6’7”, a disproportionate size as most people’s wingspan equates to their heights. His hands, feet and torso are also the sizes that would be found on a man of 6 ‘8”. He has double-jointed ankles, along with hyperextension in his joints, giving him a range of motion that others cannot naturally measure up to. With these natural gifts, he has won 28 Olympic medals and is the most decorated Olympian in modern times. He has never been subjected to bans or disqualification due to this natural edge he possesses. The ban on women with higher levels of testosterone is selective at best and discriminatory at worst.

Natural advantages are a part of the sport. They allow children to show promise, opening doors for them to hone their skills and become the best that they can be. Having a rule that excludes almost exclusively Black women from competing on the world’s biggest sports stage is not only discriminatory but disheartening. It is a disservice to all of the young Black girls to see these changes in the rules, wondering if they will affect them. Discouraging them from their passions, as they would not be able to compete unless they go to the extent of changing their physiology.  This should not be the message that is sent to Black girls or women. Black women, or any women for that matter, should not be penalized or removed from competition because of how they were made. Making these rules and saying they’re in the name of levelling the playing field isn’t good enough. Athletes go to the Olympics to compete with the best of the best, but to disqualify the best because of arbitrary conditions diminishes the integrity of the sport altogether.

To learn more on this issue visit these sites: