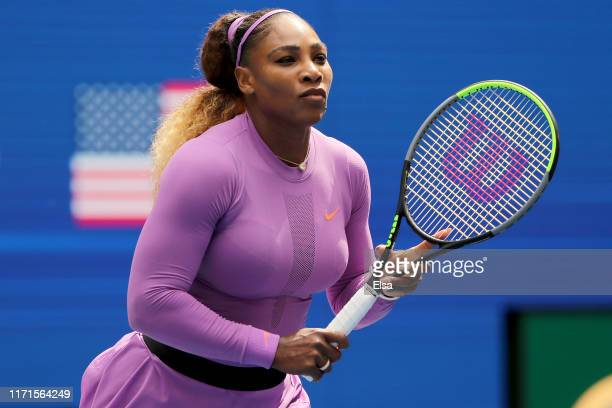 Who is Serena Williams?

Whether you’re a big fan of tennis or you don’t know a thing about it, her name is one everybody knows.

But for those of you who may be unfamiliar, Serena Williams is a renowned tennis player and one of the most influential athletes of all time. In her 25+ years of being a professional tennis athlete, she has achieved incredible things and broken down multiple walls blocking her way. Winning 23 grand slams, ranked as number 1 internationally for a total of 319 weeks (The New York Times, 2022), giving birth to her daughter while balancing a career as a tennis athlete, these are only some of her astounding accomplishments.

There might be a ton of writings about Serena Williams’ retirement, but I wanted to write one as a woman tennis player myself who is advocating for gender equity and inclusion in sports.

How She Changed the Sport

I was taught and raised to be a strong, confident, independent woman. To get the highest education and speak my mind freely. That’s one of the reasons my parents brought me to Canada. With my favourite sport being tennis, the person that I looked up to the most is Serena Williams. Not only was she strong in the way she played, but also strong in the way she carried herself.

She didn’t just impact the sport, she changed the sport. Serena Williams made the sport what it is today. She challenged the way people viewed tennis, and instead shaped it into what it could be.

When Serena Williams entered the world of tennis, she was seen as everything wrong in a tennis player. A Black woman athlete hitting harder and having a muscular body, why, it was like she was all of that out of spite (The Daily, 2022). Women tennis players back then were blonde, skinny, and they were usually of European descent. There was a certain kind of emotion they had to display to the public. It was the ideal image of a woman tennis player, and Serena Williams was none of those things, according to societal norms at the time.

Serena Williams is known for her explosive strokes and serves. Her playing style was hard hitting, and somewhat outside of the norm of how women tennis players traditionally played (The Daily, 2022). Comparing her to the top 100 male players who had an average of 180 kph, Serena’s average first serve was around 170 kph (Stats on the T, 2017). When Serena and Venus came into tennis, nobody was playing like them. Before Serena’s era, a nice placed serve was crucial to start a point. But for Serena, serves could be deadly and became winning points. You could see how women tennis players nowadays have powerful strokes and serves. They had to play like her in order to beat her (The Daily, 2022). Thus, Serena took the sport to another level and she raised the bar higher. A direct or indirect result of that is the significant reduction of gender disparity in airtime and numbers of audience. Serena used her power and voice to advocate for gender equity in prize money as well. Tennis is one of the sports with the least gender disparity, and I believe we owe it to Serena Williams.

During my high school tournament, I won a lot of my points due to my first serves. It was a good day for me, and my serves were not only consistently in, but also fast and hard. Once I finished my matches, some students from other schools came up to me and asked me how I could serve like that. I didn’t know what they meant at first, but then someone said, “You know, like Serena Williams,” and then I knew exactly what they meant. Serena Williams represents power, strength, toughness and confidence. She has changed tennis, sport, women’s body image, and showed what women tennis players should and could be.

Chandra Crawford’s Letter to the Fast and Female Community

Dear Fast and Female community, When a ten-year old named Emily that I was babysitting…