Learn more about this incredible book in our Q&A below.

Can you tell us about Isobel’s Stanley Cup and how you came to create this?

It was between periods of Hockey Night in Canada and I was watching Don Cherry and Ron MacLean. Ron was talking about Isobel Stanley, daughter of Lord Stanley, the Governor General of Canada. He was saying that Isobel had played hockey way back in the the early 1890s, and that she had been influential in her father’s decision to offer a prize for hockey teams, the Dominion Challenge Cup, which would later become known as the Stanley Cup. I was amazed to learn that females had been playing hockey that long ago and quickly ran off to my computer to check the truth of what Ron had said. Already the idea was percolating to write a story about Isobel Stanley. The thing was I could find very little about her, certainly not enough to build a novel around, so I decided to do the next best thing. I would write a story about a little girl in that time who very much wanted to play hockey and who idolized Isobel Stanley. 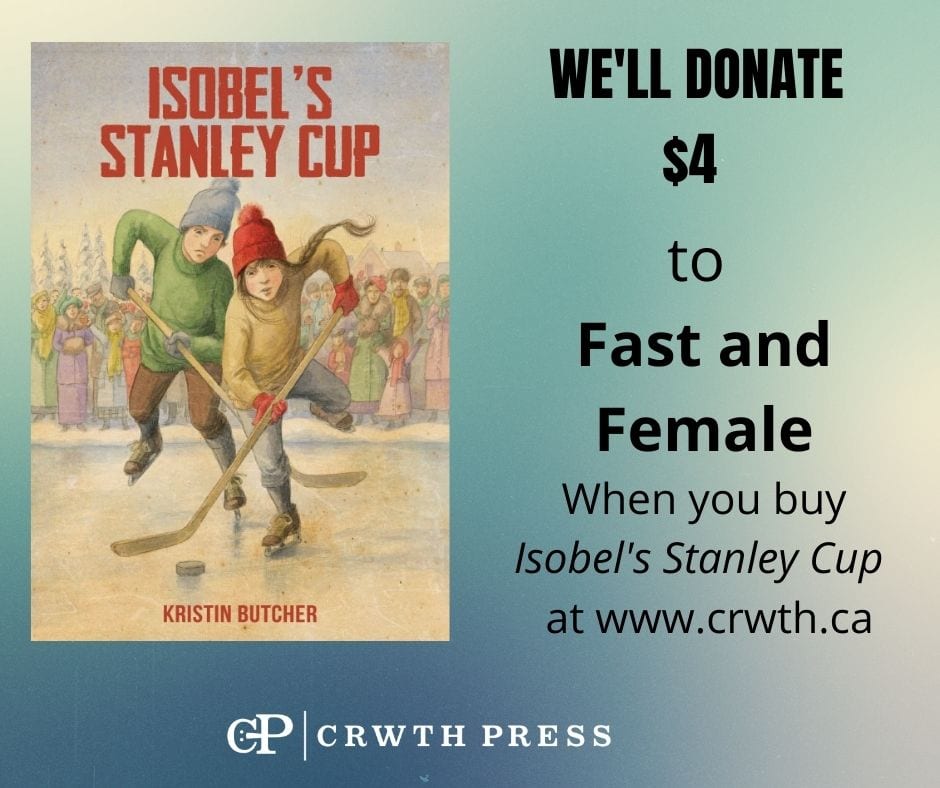 What has been your experience with girls in sports and why was it important for you to support Fast and female?

I was never an athlete myself. I ran track and field in junior high and played field hockey on the school team, but that was about it. I tried out for a softball team when I was about eleven—for the sole reason that I wanted to see if I could make the team. I did. And that was enough for me. I let someone else take my spot and went back to my books and drawings. But I married an athlete and both my children were athletes—big-time. I can count on one hand the sports they DIDN’T play. And they were good, both made provincial teams several times. My daughter got her university education through athletic scholarships—first in basketball and then volleyball. So, of course, I became a stalwart sports fan. And one thing I noticed was the inequity between sports for girls and boys. It was more an attitude thing. Male athletes took the limelight. Their events got prime time. That is even more evident in sports on a collegiate and professional level. Female role models are not as marketed as their male counterparts are, and varsity sport/professional sport opportunities are not equally available for females. There are some sports for females that fold (Canadian women’s hockey for example) for lack of interest and funding. Excuse the pun: it’s not a level playing field.

What advice would you give to fellow community members who are looking for ways to give back?

Go watch girls play sports. In some cases the game looks different because the athletes bring something new to the sport.  Coach. Help females in sport have a sport. Without coaches/assistants/managers, organized sports don’t happen.
Fund raise. Equipment and sporting facilities aren’t cheap, and many families can’t afford the expense. There are lots of skates, ball gloves, cleats, basketballs sitting in gym bags in garages and basements. Community drives to share that abandoned equipment could make a difference to so many kids (girls and boys).
Bring in role models. What better way to encourage females than to give them a model of what a female athlete is, what she can do, how far she can go.
Encourage female athletes to give back, help girls younger than themselves. Be mentors and coaches.
Cheerlead. Cheer on local athletes. Get to know the female stars in your neighbourhood. 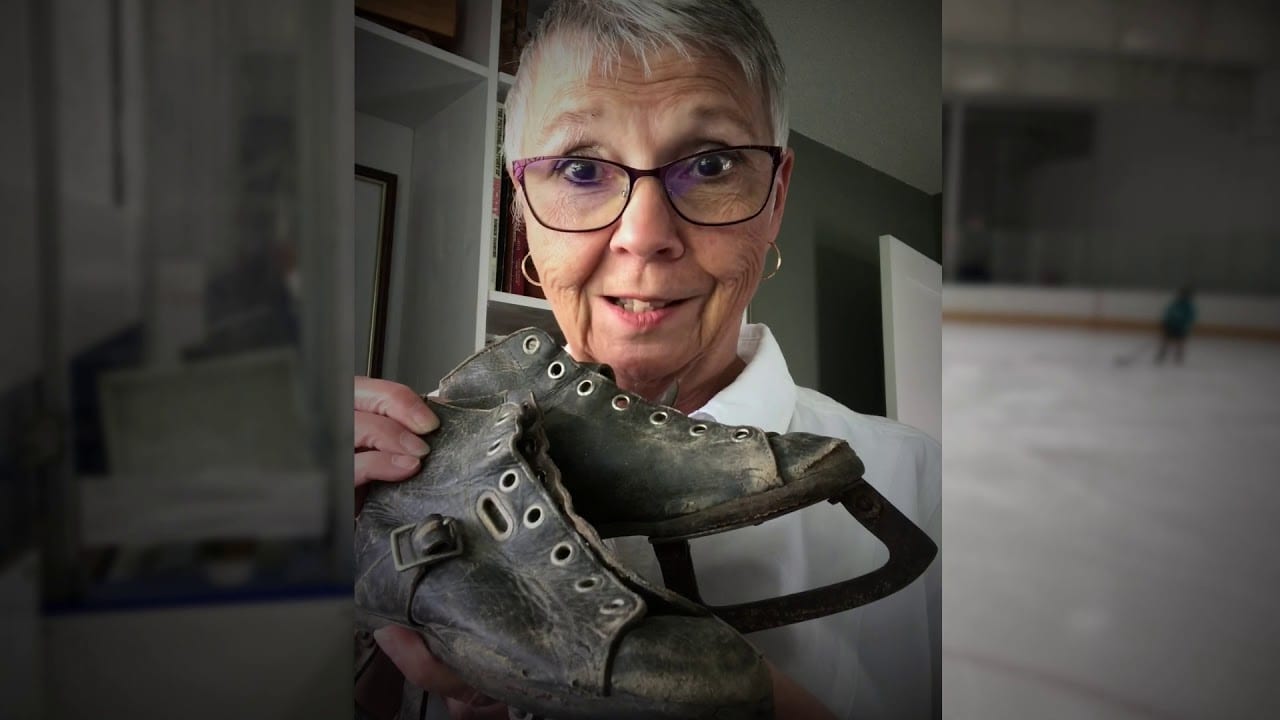 What message do you have for young women who have not yet tapped into their own potential?

Try different sports. Find what you like. Hockey isn’t for everybody. It may take a lifetime to discover what you’re awesome at and what you enjoy, but that’s the exciting part of the adventure.

Is there anything else that you’d like the Fast and Female community to know?

I’m so pleased that an organization like this exists. Lifting each other up and providing opportunities is what humanity is all about. When we help each other, we all win.

If you’d like to support Kristin, You can purchase a copy of Isobel’s Stanley Cup on their website.

Thank you Kristin for your support!

Fast and Female is excited to announce a collaborative initiative with Canadian Women & Sport,…

Call for Nominations to the Board of Directors