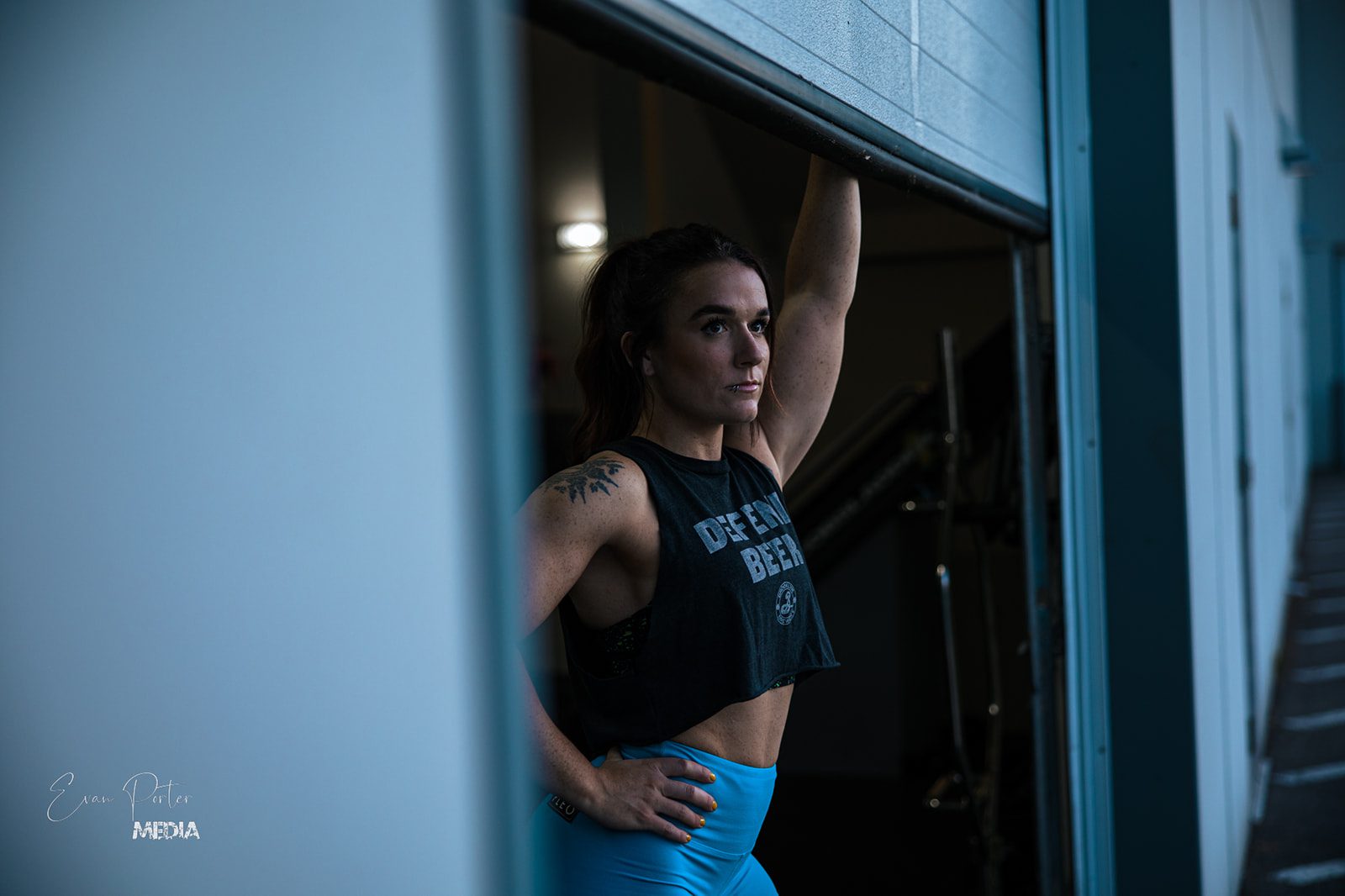 Earlier this year we got to sit down and have a zoom call with one of our sponsors, Laura J Evans. She and her team at Kelowna Beer Institute in Kelowna held a fundraiser for International Women’s Day, with the proceeds going to Fast and Female.

Read our Q&A where Laura tells us about herself, the fundraiser, and gives advice to the participants of Fast and Female.

Tell us about yourself

So I’m Laura, I am a personal trainer in Kelowna and recently finished my degree in Human Kinetics. I also work in a brewery called Kelowna Beer Institute as the Event Coordinator, so it’s on two sides of the spectrum. I am an athlete myself, a competitive powerlifter.

Why have you chosen to support Fast and Female?

So this is our third year deciding to do an International Women’s Day fundraiser through the brewery. I decided to do Fast and Female because in my second year of college one of my professors had a connection with Kikkan Randall, who ended up hosting a Fast and Female event at the college. And I just thought it was the coolest thing ever, hanging out with all of the girls, and all of the speakers that came in. So I knew I wanted to somehow come back to it again one day. And then this year I reached out to donate, especially because I’m getting more into life as an athlete, and even considering becoming a phys ed teacher.

Can you tell me more about the fundraiser?

Yeah for sure. It is still going on right now, but in general, it’s a celebration of International Women’s Day. I led a team of my coworkers at Kelowna Beer Institute, Lydia, Kailyn, Kelsi, Megan and Kelsey. Brewing is a male-dominated industry so it was great to get the girls together on this one. We brewed a 1000 litre batch of beer, and came up with food features, with a portion of those sales donated. The beer the girls and I brewed is called Peachy Kween and it’s a Milkshake Amber Ale. We designed the recipe ourselves and brewed the batch together. I also did a women-only boot camp at the brewery, and we held a scavenger hunt which worked out really well. We also have a bottle drive coming up and we did raffle tickets for a six-person night out. This year we had a lot of new ideas, and I think each year will be bigger and bigger. 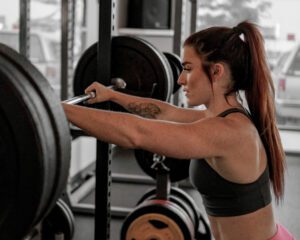 What do sports mean to you?

Growing up I was in sports, but at the time I was more interested in what boys thought of me and not getting sweaty in gym class and stuff like that. So I did not get that much out of that time frame. If only I knew the benefits and the opportunities that come with them. I wish I knew that then. Sports helped to teach me to be confident in myself, how to push myself, build good habits, make certain sacrifices, and just have balance in my life.

Have you faced any barriers in sports?

I’ve had a back injury which was a setback for me and something that I had to overcome. At the time I was training CrossFit and I really identified with that community. I trained hard, and it was so much of my identity. And then I had to take this break which was a year or two, and I kind of lost that.  It was an identity struggle in a way. But I overcame it and rebuilt my strength. Now I’m stronger than ever, and I have better technique. So just knowing how to troubleshoot injuries and that it’s not the end of the world, most often you can recover and be better than ever.

What’s it like being a woman powerlifter in a male dominated sport? 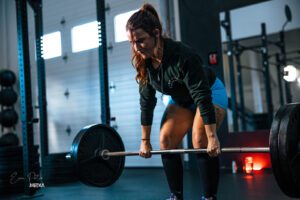 I am an advocate for gender equity in sport but I do find powerlifting quite fair. Unfortunately I think there are less women in the sport just because it’s less popular compared to men but I think it’s picking up. Being in a male dominant sport is really empowering. I think that feeling strong is one of the best feelings you can have and everyone should train to feel that way. Powerlifting is cool because there is no ideal body standard, you just train to have as much raw strength as possible and there is no pressure to look a certain way. Women powerlifters help combat the societal expectation for women to look a certain way. It’s a sport that showcases that no matter what your body shape or size is, you can be a high level athlete.

Do you have any advice for the participants in Fast and Female programs and events?

I would say do your best to find something you enjoy, whether it is a sport or being in a gym or whatever. And although you might think that you could never train at a high level, you’d be surprised if you just take it day by day. If you just put in the time you will be amazed at what you can do!

What’s your go-to pump up song?

No particular song. Depending on the mood I can go for electronic music, rap, metal.. The list goes on! Anything with a great beat to get me hyped up for a lift.

Do you have any takeaway messages or thoughts from doing the fundraiser?

Yeah, I mean honestly it has been really fun and rewarding, We had a lot of ideas being thrown around, and to be able to commit to them and see them through was really cool. Overall it was a good experience and we all feel good at the end of the day. I would do it again, and I actually want to look into running a Fast and Female event one day. The gym that I work at, TWP Fitness, is women only and they always do a lot to give back to the community. I think doing a Fast and Female event with them would be really cool.

Ok, any last thoughts or things you would like to say?

I’m happy with how things have been going and excited to see what the future brings. Hopefully, we can bring Fast and Female events to Kelowna, that would be awesome. I’d love to be a part of that again in any way I can.

Want to learn more about how you can support Fast and Female? Visit our donation page for more information.

Chandra Crawford’s Letter to the Fast and Female Community

Dear Fast and Female community, When a ten-year old named Emily that I was babysitting…